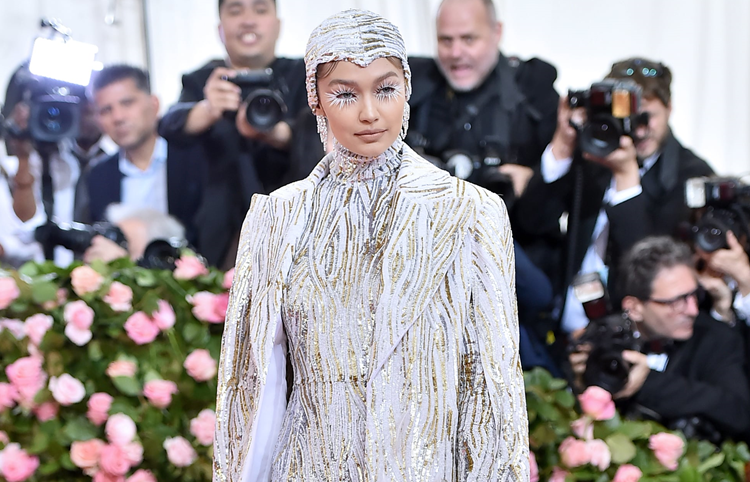 Gigi Hadid once again took over the red carpet at the 2019 Costume Institute Gala at the Metropolitan Museum of Art tonight. This year’s theme is “Camp: Notes On Fashion”, which is all about the art of being extra, typically for humorous effect. It’s an exploration of how over-the-top fashion has been used as both a form of expression and escapism throughout history—the 1960s is one such moment, as were the 1980s.

Gigi Hadid really committed to the theme. Styled by Mimi Cuttrell, she wore a custom catsuit with matching cape adorned with feathers by Michael Kors. Her look was paired with white mesh gloves and a sparkly headpiece made by Stephen Jones. Not to forget about her major makeup moment (cc: Erin Parsons) with big white false lashes. Gigi’s jewelry included 90 carat triple row hoop earrings and multiple diamond rings by Lorraine Schwartz. The inspiration behind her look is a mix of Liberace, Cher, Elton, Bowie and The Great Gatsby. “Both Michael and I wanted to do a look that I couldn’t wear anywhere else”, Gigi explained. 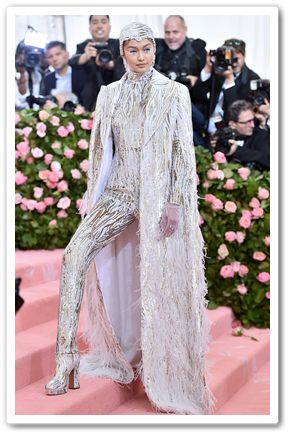 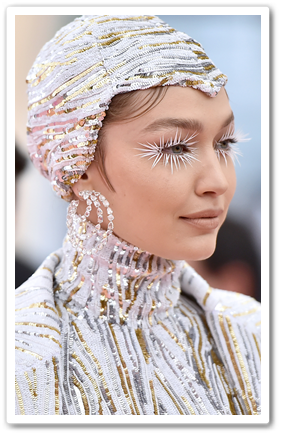 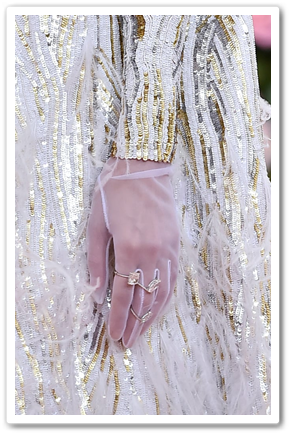 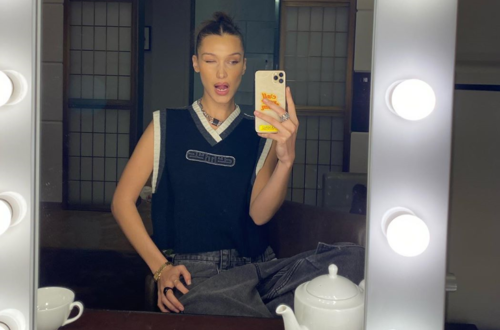 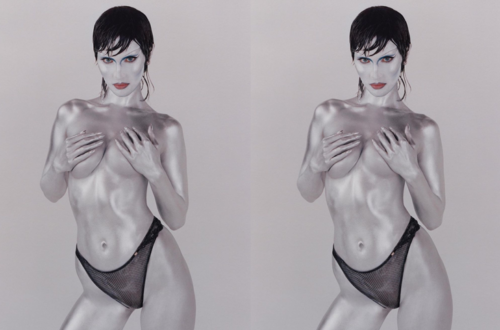 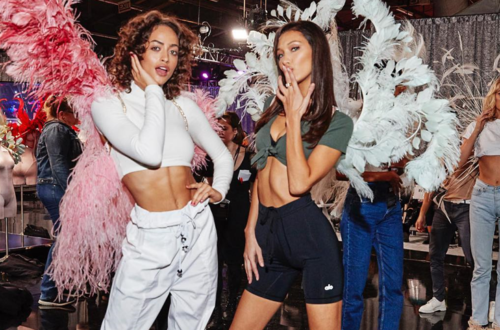